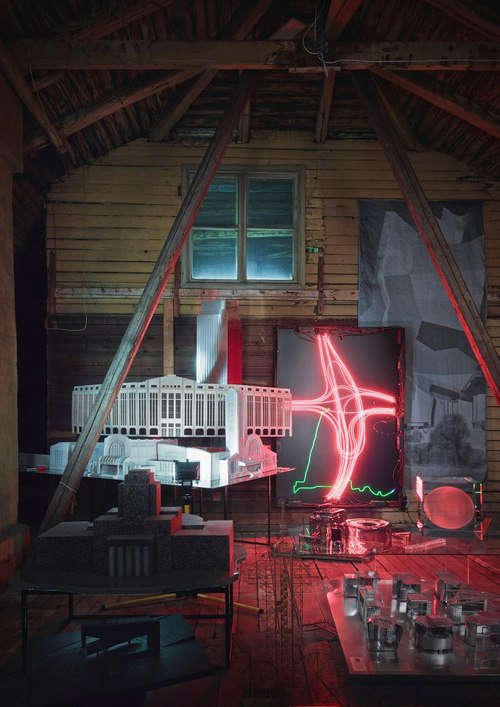 … it’s a funny thing to take a trip, you almost never come back the same. Have you ever been tempted to get on the wrong flight? When you arrive at the airport, you check in for your flight to Helsinki but consider going to Venice instead. There’s a strong wish to react to life’s present situation, to swap one circumstance for another.

Once aboard, you lose yourself to the hum of the plane’s engines and nod off for what seems like minutes but might be longer. You wake to find yourself in the middle of a film playing in the cabin on the projector upfront — is it “Inception”? Something vaguely futuristic, anyway. The flight attendant pushes a cart down the aisle and offers drinks. You order a glass of wine, and the attendant sets down a wide, low tumbler with a notched-out center. An odd choice of glassware, of course, but it reminds you of a time you went on a boat ride with some friends and toasted with whatever you found on board. There’s a kind of provisional improvisation you have to allow when you’re in transit.

You put off doing any work and decide to enjoy the wine while reading stories from the in-flight magazine — about politicians, architects, performers, and musicians. A mathematician has won a prize for a new discovery. A young chef’s dish has received three-and-a-half stars in a competition. A school is working on a new approach to architectural education. Toward the back, you find pages of advertisements for all kinds of deluxe indulgences. A portable hard drive that lets you take all of your files with you when you travel. An e-reader that slips comfortably in your briefcase and stays charged for days or more, perfect for commuters. There’s an advertisement for the airline you’re flying showing the plane you’re flying in. Bathed in golden light and hovering aloft perfectly puffy clouds, you suddenly feel a bit of turbulence as you look at the ad, a reminder that whatever control you may feel aboard this flight is illusory.

Back at home, you were fiddling with Google Maps to get oriented and hovered over Helsinki in plan as Google’s satellite imagery struggled to load on your slow connection. Zooming in quickly, for a moment a highway interchange seemed to interrupt a historical district. In Street View, you tried to rehearse a walk from the art museum to the university but found yourself lurching forward in virtual space, as if you were aboard the Millennium Falcon and someone had just thrown the switch. Eventually, you noted the directions on a scrap of paper from the wastebin, part of a recent purge from your attic. You’d last used the scrap years ago to sketch a building of your own design. Just think about all the things you sketched then that were never built. All your plans for counter-buildings that were until recently gathering dust in the attic. It was enough for an imaginary city.

You wipe your eyes, finding you’ve nodded off again. The sun pierces the fog and the city comes up faster, growing larger as you bring your seat upright and prepare to land. Soon enough, you’ll be in Helsinki, and you can scarcely wait to visit the churches, the museums, the universities, the department stores, to sit and have a coffee in the station as the trains arrive — and then to think in just a few days more it will all be shadows, memories cast in late afternoon, as you sit back on a plane like this one to fly home again, back to where you started and yet somehow transformed, as if landing in the city made it impossible to ever return to the same place exactly as you were before.

The flight attendant attempts to make an announcement, but the PA system picks up voices from another broadcast. Collecting your luggage at the airport, you set out in a taxi to find the hotel, and, on the way, spot a small announcement for a show at the Museum of Finnish Architecture curated and initiated by Åbäke and Nene Tusoboi and decide you’d like to attend.